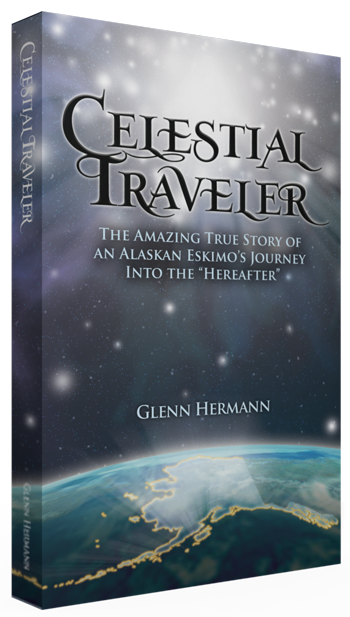 Sensational New Book About One Man’s Journey Into The Hereafter

In this book you will be taken on a journey to places terrestrial and celestial. The terrestrial journey begins in a small Yup’ik Eskimo village in southwestern Alaska.  There you’ll meet Abraham “Ipli” George, a rough-cut Eskimo who, for 20 years, held the notorious reputation of being the “town drunk”.  In 2005, while on a routine wood-gathering trip on his snowmobile, Ipli had a fatal accident. 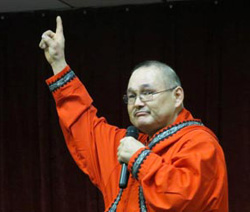 Then, while being medevacked to an Anchorage hospital, he was stunned when he realized that the lifeless body which the four EMT’s were scrambling to revive was HIS!

Suddenly a dazzling unearthly being, brighter than the sun, materialized before his eyes. At that moment, Abraham was instantly transported by the celestial being on an astonishing journey to three celestial destinations: heaven, outer darkness, and hell.

You’ll hear Abraham’s extraordinary report of what he saw, heard, smelled and felt on his incredible journey. He returned to his body radically transformed, bearing a vital heavenly message to impart to mankind and possessing supernatural powers to confirm it!

Story as Told By Abraham George

Introduction to the Book

You are about to be taken on an amazing journey to places terrestrial and celestial. The terrestrial journey begins in a small remote Yup’ik Eskimo village called Manokotak, on Bristol Bay in Southwestern Alaska. There you’ll meet the main character, Abraham George, a rough-cut, 42-year-old Eskimo who for 20 years had the notorious reputation of being the “town drunk.”

While on a routine wood gathering trip on his snow machine, Abraham had a fatal accident in which he was crushed by his sled, loaded with 1500 pounds of firewood logs. While being medivacked to a hospital in Anchorage, Alaska, his soul separated from his body and he was stunned to find himself standing in the aisle of the Learjet, gazing upon his crushed and lifeless body with four EMTs frantically working to revive it. READ MORE